2021 Camper of the Year: Yihan Machado

His story in his own words…

On August 1, 2005, I was born in Fujian, China. During this time, I was living with my biological parents. A time I cannot recall but can vaguely picture from stories I’ve heard. I was but a baby after all!

For a short time, this fact would remain the same until the incident which changed my life forever. A house fire that molded me into who I am today. I cannot tell of this time with clarity – since it is in reference to the aforementioned stories I’ve been told – but I’ll do my best.

Deep in the night, I laid within my crib. A bug net draped over it as I slept soundly. Unaware of the imminent danger about to come. Right on the table near a curtain, a candle would stand. Its flames dancing and flickering as they emanated their dull orange glow. Suddenly, at an indefinite time, the curtain caught flame and quickly spread like a plague finding its way into every and any object. I could have never escaped on my own. The most I could do was cry and whimper as the flames consumed me. This most likely would’ve been my end if I hadn’t been saved by my grandmother. My hero, otherwise known as my 外婆 (Wàipó) – which stands for grandmother in Chinese.

Again, I do not recall the pain I felt, but sometimes I wish I could’ve never felt it. On the flip side, however, I’m also glad that I felt it. It gave me a new beginning that led me to a great family and life I never could’ve had without my scars.

As it was, I was probably barely clinging to life after I was saved. My biological family was unable to treat me, nor could they pay any hospital to. It was then when they abandoned me at an orphanage. Relinquishing their rights to have me as their child. From then on, I began moving towards the new life I just mentioned. I was treated by doctors and then put up for adoption.

It took a while, but on March 27, 2008, I was finally sought out by a family and adopted. If it hadn’t been for my adoptive mother, whom I do not call that, but will do so for the purpose of this story, I would have never come to be with them. I am uncertain, but somewhere between the point of 2007 and 2008, I was found on the internet and my mother, as well as the rest of my family immediately wanted me. They set up many discussions and had to go through many procedures, but it all worked out in the end.

And so, on the specific date mentioned before, I was adopted and soon brought back to America to live out my childhood with them. And do you know what? I never would have had it any other way. I am truly grateful for all they’ve done for me. They have shaped me into a responsible and respectable individual, whom despite his physical faults, was able to push through because of their unrelenting love and encouragement. 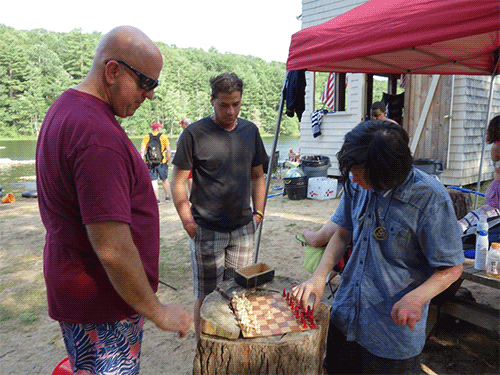 Even after going through years of surgery, one or two a year, even to this day, I still am strong. I could not have gotten this far without them and many others. For example: Dr. Driscoll, my doctor who has done more on my body than my fingers and toes could count; my dad, who can’t stop bugging me to do my schoolwork, although has turned me into a gentleman and a scholar; my mother, who helped me learn Spanish and taught me manners; my sisters, who despite our quarrels throughout the years, have been a great help; and finally everyone at The Arthur C. Luf Children’s Burn Camp I go to. Every year since the age of eight I’ve gone. All thanks to the Shriners in Boston. They’ve helped build my morale and confidence, bringing me to love who I am and continuing to do so with each visit. This year was especially nice, for I was able to talk to a lot of great people. Including someone I beat badly in chess. Anyways. 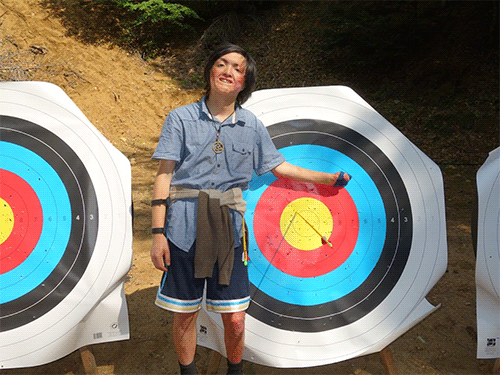 All in all, I’m happy with the way I’ve turned out. I’ve learned many valuable skills and gained priceless wisdom. I aspire to become an artist, writer, animator, and much more. I want to thank everyone a million times over for all the dreams and hope they’ve given me. I love all my family. Including my burn camp family. If I could have one wish, it would be to bring this sensation to the world and express myself with all the passion I can muster. To give hope to everyone else whether it be through art and stories or through songs and poems.

I’ll do my best to grow into the happiness everyone wants me to have so I can do the same for others.